Bill went to the garden this afternoon and brought back more goodies! We've been eating good stuff for a while now and it keeps right on coming.

I used a  bunch for supper tonight. 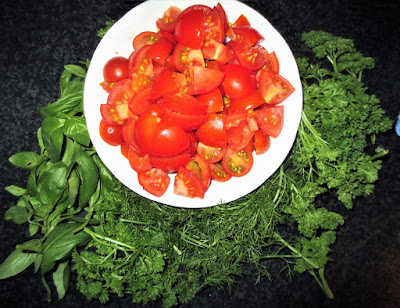 I used some sliced pork and leek sausage from the butcher in Buncrana, some onion, and half of a large green bell pepper, stirring it around in olive oil until the onion was starting to brown (I'd cooked the sausage first in the oven, then sliced it and added to the pan). Then I added the tomato chunks and snipped in a bunch of parsley and fennel, stirring everything just until the tomatoes were heated and the herbs were a little bit wilted. Then I topped some wholemeal pasta with the veggie/herb mixture and snipped on the fresh basil. 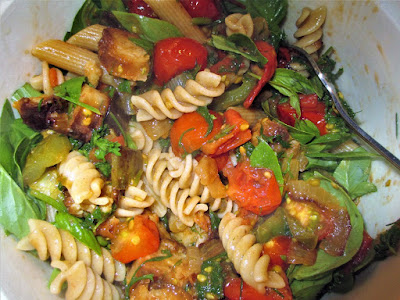 It was so yummy and fresh!

We still have plenty of tomatoes and herbs here. 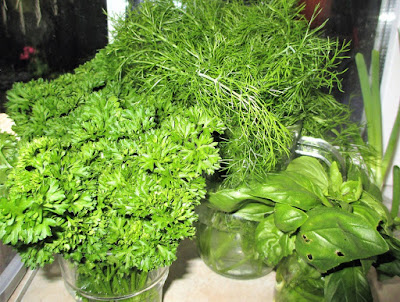 I've been getting stuff in the freezer, too. I've put some green beans in there and some chard--more chard went in today. And still things keep on growing. Yay! Bill's thumb is getting greener!
Share
Posted by Shari Burke at 22.8.17