We called in at the library this afternoon to return a few books. My requests were already on the desk waiting for me. I had not expected anything to come in, so that was a happy surprise! I was particularly thrilled about these two: 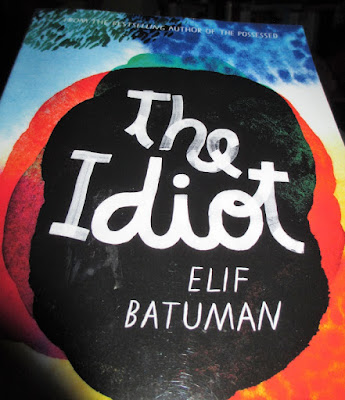 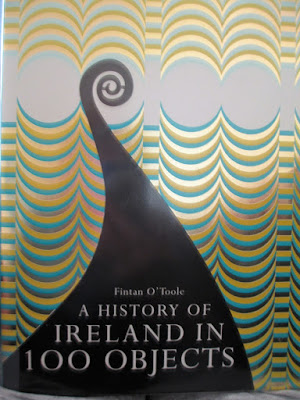 The Idiot is a book that I read about in a couple of places a while back--at least a couple of months ago, I think. I knew it was a book I wanted to read, revolving as it apparently does around linguistics--the main character is a linguistics student and according to what I read, linguistic theory, her studies and her thoughts about what she is learning are important parts of the book. I was disappointed when my search ended with no results, but I filed away the title and author to look up at a later date. I came across the author's name in a Lit Hub email last week, checked the library again, and there were several copies on order. Yay! I put in my request and here it is.

The other book was one I| came across by accident. I read a few of Fintan O'Toole's books when we first arrived in Ireland and found them to be very helpful in making sense of my own observations. I wondered what he'd written since then, so I looked him up and this book (and another that's in transit) came up. A few years ago, I listened to a podcast of BBC Radio 4's History of the World in 100 Objects, in which a single object was described and its uses, meanings, impact on culture and society and other such things were discussed in each episode. Each episode was only about 13 minutes and it may still be available on the website--I highly recommend it. The podcast was great, so when I saw this book, I figured it'd be even better, since it's about Ireland and, well, it's a book.

I was tempted to dig into one of these books right away, but I decided to wait a few days. I have other books in the pile. I started one of them this afternoon, which turned out to be a disappointment. It sounded like an interesting idea--a novel about two people, Eva and Jim, but the story unwinds in different versions all at the same time. There are three versions of the story of their meeting in 1958 and what comes after. In one, they get together. In another, they go back to their lives without starting a relationship. In the third, they begin an intense relationship, but Eva discovers she is pregnant as a result of a relationship she was in when she met Jim. She wrote Jim a letter explaining and disappeared from his life, marrying the other guy. I cannot say how any of these versions unfold, because after going back and forth between versions for 80+ pages, I no longer cared and found the format cumbersome. Knowing that I have other books I want to read, I closed this one and put it on the return pile before choosing another from my library stack. I'll start that tonight.

Hope there have been one or two happy surprises in your day, too!
Share
Posted by Shari Burke at 7.6.17