Around Town and a Chat

I have been dragging lately and sleep is hard to come by. This is not for any particular reason--I get tired, go to bed, and then feel wide awake. Last night I was tossing and turning so went into another room and crawled into the bed there so Bill could get some sleep. I tossed and turned in there until quarter to 5 when I finally fell asleep--until quarter to 6. That was disappointing. By 6:30 it seemed like I might as well just get up, so I did. Once Bill got up a couple of hours later, I climbed back into bed, downed a cup of coffee and immediately fell asleep for a couple of hours.

I made myself get up and get dressed so we could go the the shop and make a stop at veg man's stall. I was sad to see that spring is apparently just around the corner! 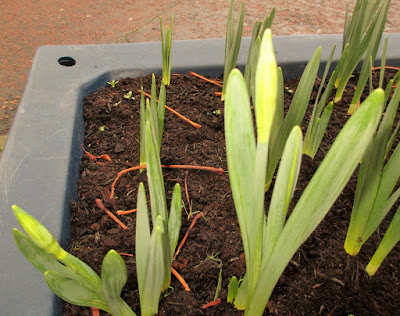 This is what the planters looked like at the end of November: 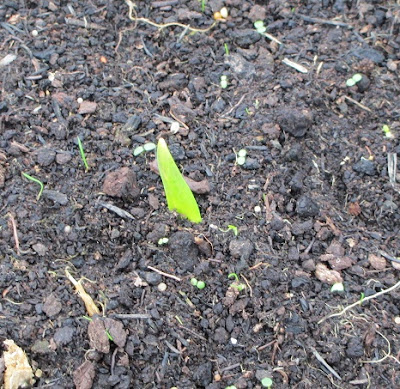 We chose our fruit and veg and went to pay. Veg man was talking to someone who was with him and he mentioned something about a stroke. I hesitated, wondering if it would be culturally appropriate to join the conversation, but decided I might as well. We all started chatting. I mentioned that Bill had had a stroke. Veg man started asking questions and Bill was answering him, telling about his experience. Turns out that veg man is worried about his mum, who had a stroke over the festive season. At one point, he asked something and then stopped, looked at me and said, 'I hope you don't mind me asking all these questions...for my mum.' We assured him that we did not mind at all. He was especially concerned because his mum, who is in her late 70s, but quite fit, is still so tired. Bill was able to talk about his experience and how exhausted he was by just the smallest bit of activity. Turns out that both veg man's mum and Bill had strokes as a result of irregular heartbeats, so Bill was able to reassure him by talking about his own experience. Veg man said, 'I think sometimes people show up and you have conversations at just the right moment.' Bill and I walked away feeling as though he felt better and less worried about his mum and what is happening right now. I hope she is OK and I was glad that we went there at just that moment--a little later than we usually go.

We came home, put away the food we'd bought and had a spot of lunch. Then we went out again to do another errand, deciding to take a slightly longer route than usual. On the way we passed a couple of houses that had pebbles and sea glass stuck into the cement 'siding.' I've walked by those houses several times before and do not remember noticing. 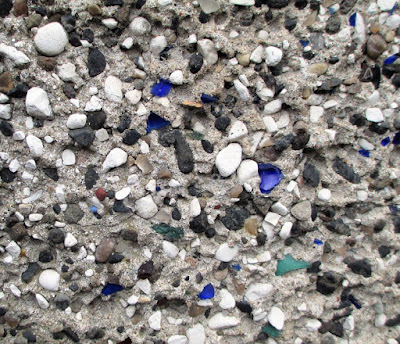 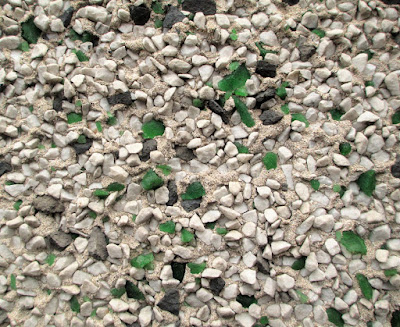 Bet it's pretty if the sun ever hits! I was reminded of a house in Ballinrobe with shells all lined up in columns on the front of the house.

I am hoping for an early night that involves a lot of heavy sleeping!

Sleep is so important! Hope it will be better soon with your sleeping. Nicely, that experience whith the person you are writing about. There are many questions as you're dealing with it in your family.

I also like the pictures very beautiful. The last two. So, there will always be beautiful, colorful surprises in our lives. Between the grayish moments. (sorry for my poos English).

Your English is excellent!

Yes, you are right--we need to remember to notice the beautiful surprises!!