This is how my April reading list began (will post the rest over the next couple of days):
The Emergency Poet: An Anti-Stress Poetry Anthology edited by Deborah Alma
This was part of a display at the Central Library for Poetry Month. I had to bring it home, because the idea of emergency poetry struck my fancy. 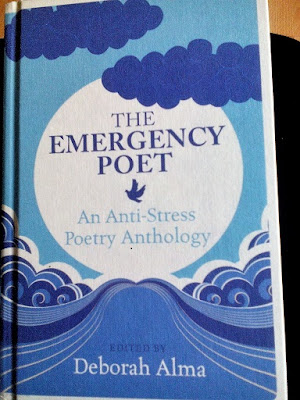 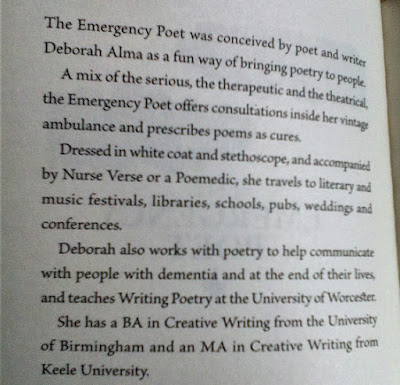 The Irish Times Book of Favourite Irish Poems
As the year 2000 was approaching, the Irish Times asked people to submit the titles of their favourite poems, in English or Irish. this collection is the result. As one would expect, W.B. Yeats is well represented, as is Seamus Heaney. There were more older poems/poets and fewer current ones. It’s a nice collection that I found one day when we went into the Central Library in Letterkenny to poke around.

The Good People by Hannah Kent
I saw this one on the shelf at Central, too. I’d read the author’s first book, Burial Rites, which was a novel set in Iceland in the 1800s and was based on an actual group of people and set of events. This book, set in 1800s Ireland (County Kerry), is also based on something that actually happened. The book begins when Nora’s husband, Martin, drops dead while out working. The spot where he dies happens to be the place where people who have committed suicide are buried. While Nora and the villagers are going through the usual death rituals--a mix of pagan and Christian--Nance, an old woman, comes to keen. Nance is looked down on by many, especially the priest, even as people come to her for her knowledge of the old ways of healing. During the death rituals, Nora has sent her grandson to the home of a neighbour, because she doesn’t want the villagers to see him. He had been a happy, healthy boy, living elsewhere with her daughter and son-in-law, but is now in very bad shape--he cannot speak or stand and is wasting away. She and Martin had pretty much hidden him away when the son-in-law brought him to them a short while before, telling them that their daughter had died. Needless to say, people are suspicious and after Martin dies, rumours start that the grandson was bringing bad luck to the village. The rumours only get worse when bad things continue to happen to people and farm animals.

After Martin’s death, Nora knows she won’t be able to continue caring for the boy and doing the work required to stay afloat all by herself, so she goes to a hiring fair and brings home a young girl to help her. Meanwhile, Nance finds out about the boy and Nora becomes convinced that he is actually a changeling--the fairies have stolen her real grandson and replaced him with the ill boy. Nance does some ‘tests’ and declares this to be the case. Then she suggests the ‘cure.’ Things do not go as planned.

Sweet Home by Wendy Erskine
I read about this short story collection set in east Belfast in a books email and I popped over to the library site to request it. The stories are sometimes troubling and sometimes hopeful. I enjoyed this book and was glad to have discovered it.

Foster by Clare Keegan
I found this novella in the local charity shop and, since I have read a couple of the author’s short story collections and loved them, I decided to bring it home. It did not disappoint. It’s the story of a young girl who stays with an aunt and uncle for a summer which changes all of their lives.

Turns out I read a decent mix last month of library books, my own books, and some e-books. However, when we went to the library the other day, they had a table where they were selling books that had been pulled from the collection and a few more came home with me. And the wee free library happened to have a couple worth bringing home a couple of weeks ago. I've read one of them and will be putting it back, along with the novella above, but even so, the book piles grew a bit in April. The library pile is always with me, of course. As always, I am so grateful to live in a world where there are books and the people who create them!

All of those books sounds good, I'll be looking for a a few of them at my library.

You have read some good ones, Shari!!!! I have the Irish Times Book of Favourite Irish Poems-my girls got it for me a few years ago.

I have not had any time to read at all lately...SAD! Have a great upcoming weekend. xo Diana