Library day today, so off we went this morning to Donegal Town. I knew I might have a pile of books in today and the books I was returning were just two paperbacks, so it made sense to walk around with those when we got off the bus and go to the library later.

We saw this weird stuff, which wasn't there last week: 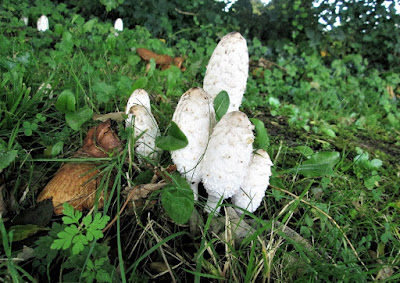 These wee flowers are cute: 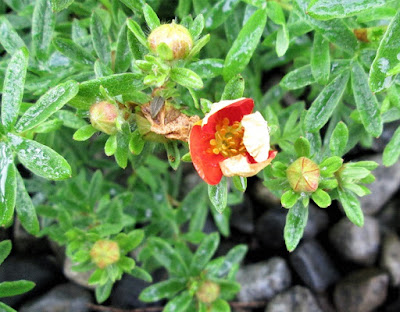 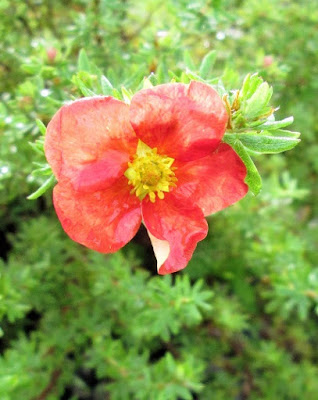 We called in at the Animals in Need charity shop, where we each picked up a couple of books--Bill got a couple of novels and I got an older vegetarian cookbook and an Elizabeth Bowen novel.
When we got to the library, I saw these and remembered how I loved them when I first saw them a few years ago. I'd forgotten about them, since I haven't seen any elsewhere.  I still love them. 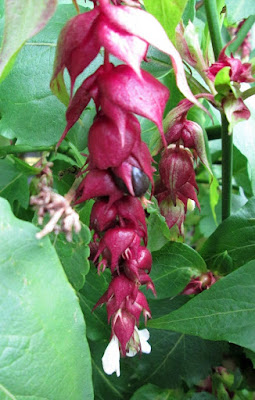 I did indeed have a pile of books waiting for me at the library. 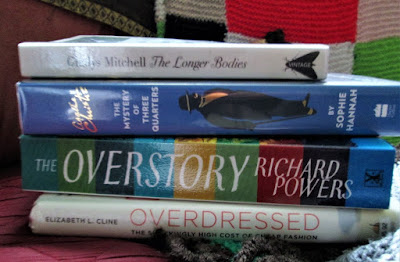 After we left the library, we went to sit in The Diamond for a while. Then it got darker and there were a few sprinkles. We crossed the street to the bus stop area and took shelter in an unused doorway to watch the rain bucketing down. 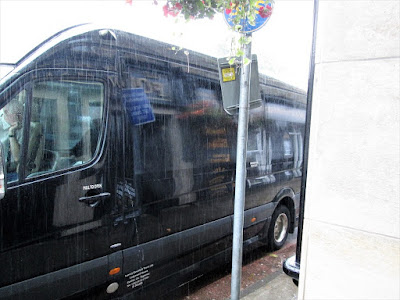 After it stopped, an acquaintance stopped for a chat. Then, just before our bus pulled up, another small bus dropped off a group of passengers. It must've been a tour or something--a temporary sign on the side of the bus said something about a group in Illinois. There were maybe 10 people who got off the bus and one woman was miffed because she could not buy things in shops using US dollars. She was clearly frustrated. I was amused and also thinking how ridiculous it is to travel to another country only to be pissed off because they don't want your currency in small shops. She was in Donegal Town, which meant that she had not just landed in this country and would have had ample opportunity to change money at whatever airport she presumably arrived at, not to mention the ATMs that are all over the place, which would provide her with euros. So even if she was unable to get them before leaving the US, she would have had many opportunities to do so here. But she just keeps on wandering around with her green bits of paper wondering why she can't use them. I was thinking about Lionel Shriver's book, The Mandibles, in which US dollars suddenly become worthless when the rest of the world decides they've had enough of whatever the US is throwing at them and they decide to use another currency. As I used to tell my anthropology students, money is a cultural construct and those bits of paper only have value as long as enough people agree that they are worth something. If something happens to change this, they won't be worth the paper they're printed on. I hope this woman has gotten some euros by now and has relaxed a bit.

Walking home after the bus dropped us off, I admired again the hydrangea in front of the local hospital. 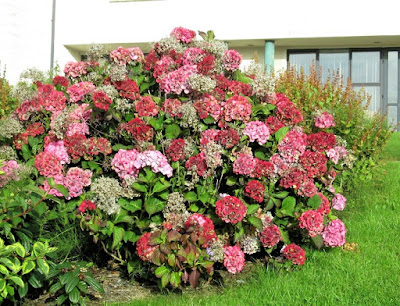 I've only seen that deep red colour once before, a couple of years ago when we were in Clifden--it's so pretty!

I'm looking forward to starting the new Poirot. It just came out and I was first on the hold list, so I plan to read it and get it back for the next person. These newer Poirot novels are written by Sophie Hannah and they're different from Agatha Christie's in some ways I can't quite put my finger on, but I have a soft spot for Poirot, so I read and enjoy them. Now if someone would do more with Miss Marple!

I hope it's a lovely day in your part of the world.