Here is the final installment of my January book list. On to a new batch for February! Happy reading!

Our Spoons Came From Woolworths by Barbara Comyns
I had never heard of Barbara Comyns until I read a New York Review of Books email which contained a blurb about their newly reissued publication of her book The Juniper Tree. It sounded good, so I clicked right over to the library website, searched, and found a whole bunch of her books, including The Juniper Tree, which I requested. Also on the list was this one and I was taken with the title, so I requested that too. When they arrived I decided to read this one first. I found out that this is an autobiographical novel based on her first marriage to a young man she met on a train. They were both artists and lived in poverty. She became pregnant rather soon after the marriage and this did not help the relationship. Her husband blamed her and wasn’t keen on anything that would take him away from painting. The book, through the mind of the main character, Sophia, takes the reader through the ups and downs of their relationship with each other and other people, their living situations, and to a lesser extent, their work. In the edition I read, the writer Maggie O’Farrell writes an introduction in which she talks about discovering the author through this book. She was on holiday and browsing in a secondhand bookshop when she picked this book off the shelf. She’d not heard of the author, but it was published by Virago (which publishes books by women, including neglected authors) and she said she always picks up a Virago book when she sees one if it’s one she doesn’t own, so she bought it. She started flipping through it and in a few pages, she was hooked. I could relate--I enjoyed this book a lot and am looking forward to The Juniper Tree. I will also be requesting more of her work.

The Juniper Tree by Barbara Comyns
This is the book that the New York Review of Books has recently re-published and it is when they sent an email about this that I heard of the author. The book is based on the Grimm’s fairy take of the same name, which I am not familiar with, and takes place in 1980s London. Bella is a young woman who has a facial scar from a car accident and an illegitimate daughter. She goes to London in search of a job and meets people who soon become friends. She gets a job and a place to live in an antique shop and becomes very good friends with Gertrude and Bernard, a couple who live in a big house with lovely gardens and a ‘juniper tree,’ which is a particular favourite of Gertrude. She and her daughter spend a lot of time with this couple and at their house. Bella is happy and doing well. Gertrude becomes pregnant, after many years of hope. There is a sense that the two children will grow up together, like siblings. Things do not work out as any of them expect.
Comyns writes in simple, declarative sentences--this happened. That happened. Then this other thing occurred. The story moves along in a pleasant and relaxed manner until gradually some discomfort starts to set in. When one of the major events of the story happens 3/4 of the way through the book, it is dispensed with matter-of-factly and pretty quickly, before things move right along to what feels like a sudden wrapping up. It’s slightly jarring, because things were moving at a pretty languid pace before this. I read this book in a few hours one afternoon, which is just as well, because I was carried along and curious to see how things went for Bella.

Bad Dreams and Other Stories by Tessa Hadley
I’m a big fan of short stories so when I came across this in the e-book section of the library website, I downloaded it. I’d heard of the author but not read any of her work, with the possible exception of a story in an anthology. I enjoyed this book and will be reading more of her work.

The Pleasures and Sorrows of Work by Alain de Botton
I picked up this book (published in 2009) at a charity shop. It’s been carried around as we’ve gone from place to place and I decided I needed to either read it and pass it on or skip it and pass it on. I started reading it and ended up reading it in a day. I was surprised because it was not the dry sort of book I expected. The author becomes interested in not only how various sorts of work are done, but in what work does in the lives of the humans who do different kinds of work. I was fascinated in parts and I laughed out loud in others. The book is a combination of observation and interviews and his own philosophical musings. He went to the Maldives to be there when tuna is caught and then followed it back to the UK supermarket and then to a child’s dinner plate because he wanted to understand how such a product moves around the globe and impacts the people involved in getting it from one place to another. He investigates what goes into biscuits--not just the biscuits themselves, but the development, marketing, packaging, etc. He looks at entrepreneurship, aviation, accountancy, career counseling, rocket science, transmission engineering (in this section, I learned that there is something called ‘the pylon appreciation society’), painting, and cargo ship spotting. It sounds pretty boring as it’s listed like that, but he chooses to interact with quirky examples in each category. In the chapter about painting, he hangs out with a man who started painting one oak tree over and over after his girlfriend died. He was out there in all weather, painting the tree in different ways from different perspectives.Eventually, he had a show of this work and the author talked to a woman who bought one of these works to hang in her home and she talked about what it means to her. The final part of the chapter tells the reader that the painter’s next project will be a river. He asks the author, ‘Have you ever noticed water? Properly noticed it, I mean--as if you had never seen it before?’ 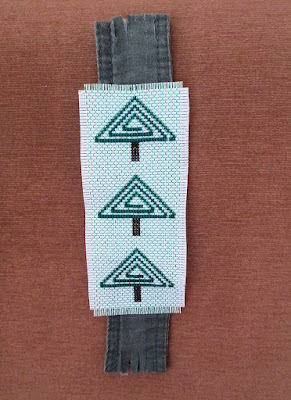 I love reading your synopsis of each book. I haven't read any of the authors you mentioned here so I am jotting them down to check them out at our local library. I am going to have to sneak in some reading time as the weeks progress here. I can't be away from books for too long. xo Diana