Earlier this week, while we were in Stranorlar and Ballybofey, I was looking at a map and saw where the Twin Towns community garden is located. The next day we were in that area, so we went over, found the gate open, and went in. There was a guy there who said hello and told us to have a look around. I mentioned to him that Bill had a plot in the Moville community garden, and he got quite animated, telling us that they'd met some people from the Moville garden in the past. He then proceeded to give us a tour of their very impressive garden.

Turns out he is one of the people that does a great deal of organising and work at and for the gardens. He proudly showed us these little cottages he builds. I was quite smitten. Some are planters and some have bird houses and roosts on the sides. If you covered the roof with twigs, it'd be a thatched cottage. 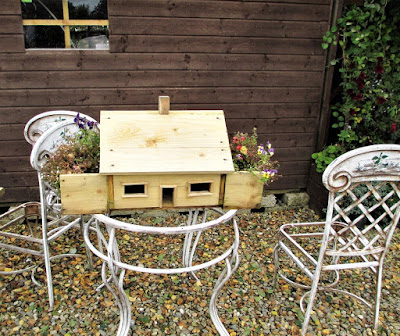 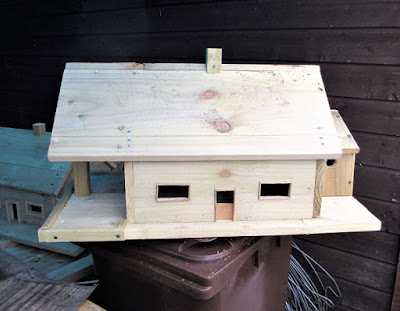 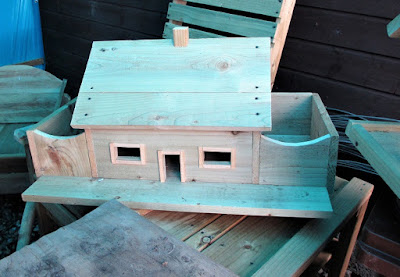 He was also working on a replica of this wheelbarrow, which was built in the 1800s and was still in use as a wheelbarrow until fairly recently and now has new life as a planter. 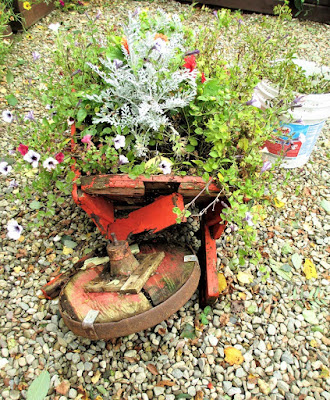 I also quite liked these chairs that were in one of the hoop houses. 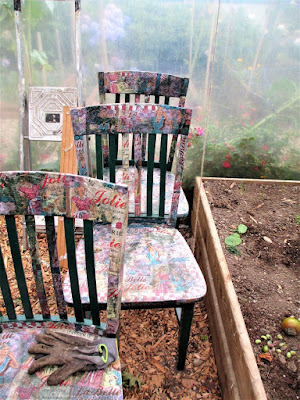 It was a pretty impressive set-up, especially considering they were flooded a few years ago and had to start over again afterwards. They have a couple of polytunnels with raised beds and one that is for the flower plugs. They do hanging baskets and planters for the towns and he said in the spring they have 33,000 flower plugs in there until they are ready to be planted. He has some plans to build more shelving. He is thinking about other improvements to make to the area near the entrance, which is an arbor. Then you walk into an area with lots of flowers before coming to the vegetable beds, of which there are many. 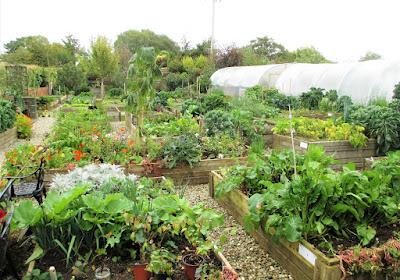 There was still some stuff growing and Michael, our tour guide, said that he's just planted his winter cabbage, which should be ready to eat in early January. They have grape vines in one of the polytunnels and this year they got grapes for the first time, although he said they wouldn't ripen because there hasn't been enough sun. 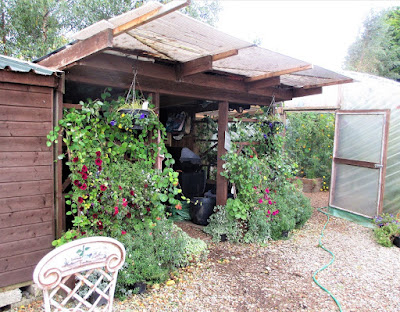 There are some plans to plant some more flowers around the shed as well.

We had a nice time chatting with Michael, having the tour, seeing the plants, and learning about their group and what they do. We wandered in at just the right time! 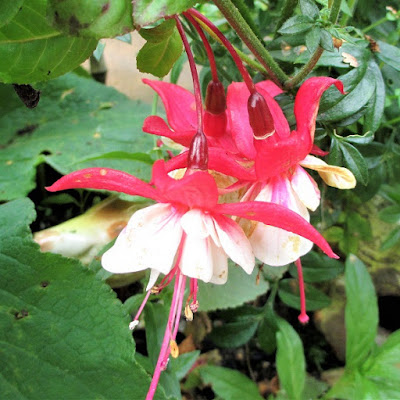