This morning, both Bill and I thought we heard the postman putting something through the mail slot in our front door. I was still upstairs and walked out to the landing to look down the stairs, but I saw nothing on the mat. Bill was downstairs and he went into the entryway to check. We both thought it odd, but went on with the day. Early in the afternoon, there was a knock on the window. It was the postman. Bill went to the door and the postman handed him a packet, saying it wouldn't fit through the mail slot. Mystery solved!

Bill opened it and said, 'It's your book.' I had no idea what he was talking about. He handed me this book, explaining that ever since I'd asked him (months ago now) to keep an eye out for this book, he'd been watching some ebay listings by a charitable organization. They had this one copy left at a good price, so he got it. 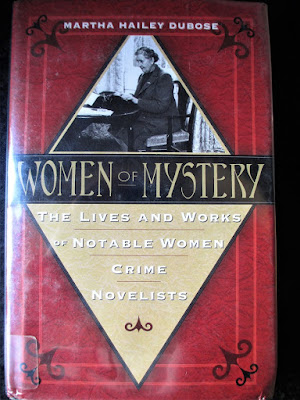 I am thrilled! I don't remember where I came across this book, but it was at least a few months ago. As always, I went first to the library website and one library did have it, but they denied my request to have it sent to Moville. After a while, it popped into my head once in a while, but I mostly forgot about it.

It should be a fun read. Usually the books we buy or pick up at the wee free library come into the house with the expectation that we will read them and then pass them on, whether to another person, a charity shop, or the wee free library. I think this one will be a keeper though.
Share
Posted by Shari Burke at 9.10.17