Here are the last four books I read in June. I am so grateful to have access to such book abundance--something for whatever the day brings! 😊

The Stories: Jane Gardam
This is an author I’d not heard of until a few years ago--I think it was on an Open Book podcast. As I recall, I could not find books by her in the library system where I was living at the time. When we got our Donegal library cards a couple of years ago in Donegal Town, I was browsing and came across one of her novels, which I checked out and liked a lot. I recently did a search and came across this collection of her short stories, so I requested it. I’m glad I did. I’m a big short story fan and I loved this book.

Stitches in Time: The Story of the Clothes We Wear by Lucy Adlington
This is a fun and informative book. I discovered it when I was reading an article about knitting during wartime in which this book was cited. I clicked over to the library website, found it, and requested it. Having studied and taught women’s studies, I was familiar with some of the issues regarding the history of women’s fashion and the ways in which they often damaged (and continue to damage) women’s bodies and health. There was some stuff that I was not aware of, though. Some of the anecdotes highlighted the fact that the particulars may change, but some of the overarching ideals and attempts to appear to live up to them, do not change. It used to be that men used less physically harmful strategies than women did to make their bodies appear more suited to whatever the current fashion of the day happened to be. For example, when large calves were the thing, they would wear stuffed hose. When large bellies were desirable they would strap bran-filled bags to their waists. One poor fellow had a puncture and did not realise it. His bran was leaking all over the place, much to the amusement of the ladies around him--I can only assume they were not impressed. There were many amusing parts of the book even while her discussions of various types of clothing highlighted cultural issues, like class and the varying gender ideologies. She states in the introduction that she wrote about English clothing history, because that is what she is familiar with. The book is separated into chapters about different articles of clothing. I was particularly partial to the chapters on socks, hats, jumpers, and the shawl section of the coat chapter, but I enjoyed the entire book quite a lot. Glad I found it!

Murder at the Laurels by Lesley Cookman
The last few days of June found me going from somewhat functional to not functional at all, as the fungal spore population thrived and my body reacted. For the times when I was not sitting shivering on the couch, wrapped in a shawl and lapghan, eyes closed and sort of partway between sleep and consciousness, I wanted something light and fluffy to read. For me, light and fluffy means cosy mystery, and happily, Bill had recently found a few of those in a local pop-up charity shop. This one is by an author I’d not heard of and is the second in a series involving a group of arty people in small town England. He also picked up the third in the series, which is Murder in Midwinter. I will be saving that to read later in the year. This one has a fairly familiar overarching plot--elderly aunt is done away with in a care home, family secrets come to light, and the murderer is found out in the end. There were some interesting and quirky aspects to it that made it different and fun to read. After I read book three later in the year, I will look for more in the series at the library.

A Cotswolds Casebook by Rebecca Tope
Needing more cosy mystery, I looked at another book by this author that Bill had found for me at the charity shop. That one was also the second in a series. I remembered the author’s name from times spent in the e-book section of the library website. I clicked over to see if they have the first book in the series. They do, but it was unavailable, so I reserved it and looked at her other books. Some months ago, I’d actually borrowed a 3-in-1 e-book volume that was the first three novels in her Costwold series. Just after I checked it out, a bunch of physical books arrived for me and I never did get to read it. This book is a collection of short stories involving the same characters as that series. The description said that readers do not need to be familiar with the novels to enjoy the short stories, and it was available, so I borrowed it. It was a fun read! I will definitely read more of her books.

And now I shall get back to my current book. I hope the weekend is relaxing and peaceful in your part of the world. 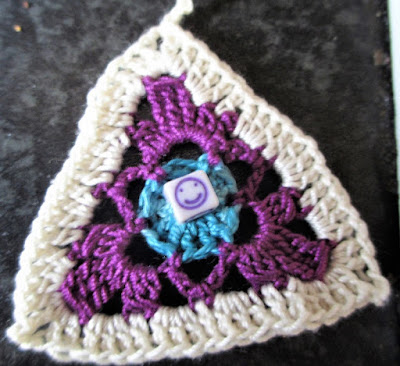