Larry the Lamb at the Library

As of today, we are back online at home. Vodaphone was actually ready to come set us up early on the day we moved--ready before we were, in fact! They called to say they'd be here at 9 on the first and we had to tell them we'd not be getting the keys until 10. He rearranged his schedule and came before noon, but there is damage to the main box--this is the responsibility of the owner, not the company--so that box could not be used. Fortunately, there is another box behind the fridge, so he tested that and said it could be used, but it would take several days. After a week had gone by, we set up the modem and tested it periodically. Even at lunchtime today, there was nothing. By suppertime, Bill turned it on and there it was. So that's done, anyway.

Last Wednesday I stopped into the library and stepped into a sea of children gathered around the star of the day, Larry the Lamb. After a while the kids left and it was just us, Larry, his person, and Gerard. Larry peed on the carpet and came over to give me a big baaa. He knows a wool lover when he sees one! He is a cutie pie! 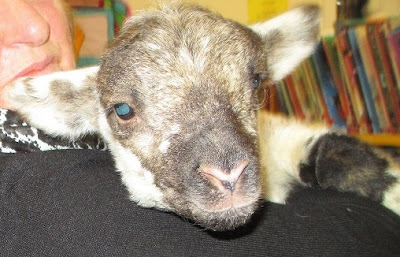 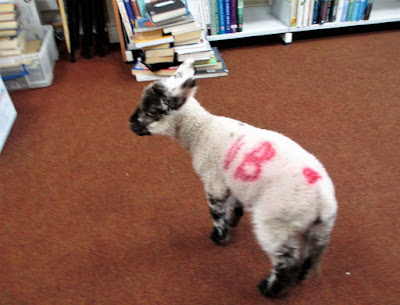 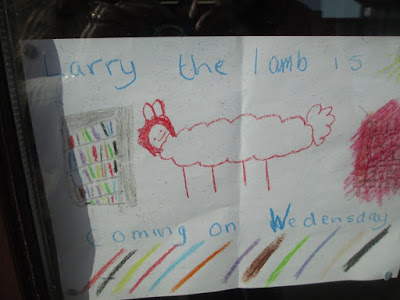 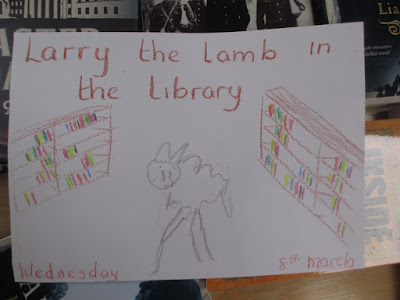 Hope your week has started off well!
Share
Posted by Shari Burke at 13.3.17