The shore walk here is a big thing, as I have written about before. There are two different ways in which we have seen it described. One is the Moville shore walk. This is a paved, maintained, marked path. There are km markers and Sli na Slainte markers. Sli na slainte means 'path to health' and is a program that was developed by the Irish Heart Foundation to encourage people to walk more. It is supported by the Health Service Executive and the Irish Sports Council. We have seen the markers in various towns. Most of the ones here point to the shore walk and by this they mean the 2.2 km between the start at the Moville Green and the spot where there is a car park and a lane leading up to the main road. This is the part that we walk along regularly.

Sometimes though, you see the shore walk referred to as going between Moville at one end and Greencastle at the other end--this is a 4 km walk. We had planned to do the entire walk one day, but in the past had gotten as far as the beach at the end of the footpath. We did not know what was beyond the beach, but we had some vague idea that eventually there would be another footpath leading into the village. Yesterday we found out.

A friend was visiting and suggested we take a walk on the shore path, so off we went. When we hit the beach we just kept going. On the other side of the beach was a rocky bit and more beach. 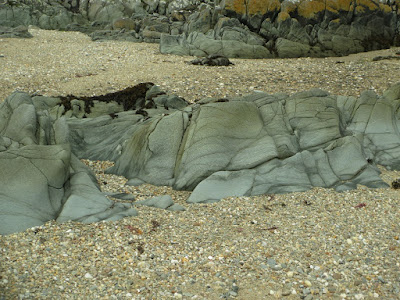 Eventually we came to a trail of sorts that was essentially just a path made by many people walking over the same spot and trampling down the grass. We came to a handmade sign that was just confusing, so we picked a direction and walked that way. We went through a rusty stile around an old building, and stood there deciding what to do next. Nothing looked promising. Suddenly, seemingly out of nowhere, a woman appeared. I asked her if we would end up in Greencastle from where we were. Turns out we were actually on the 'path' even though by then it was just a bunch of rocks--and these would not have been traversable if the tide had been in . She pointed out a crude arrow, which was not that visible, pointing towards what looked like an old stone wall and said we should go that way, then across the garden of the house in the distance, over the beach and we would eventually find a footpath leading into Greencastle, where we could get tea, a pint, or whatever. Our friend asked about the arrow and the stone wall because it looked like a dead end. She said once we got closer we would see a small opening and some stone steps.

It was slow going over uneven, rocky terrain, going up and down stone steps and watching to make sure that I did not step on the loose stone, and then finally reaching a sidewalk surrounded by tall fences with bars on either side. Bill remarked on the prison-like vibe. The path brought us to the old coast guard station there, which is now a maritime museum/planetarium with attached gift shop and cafe. It was tea time, so our British friend suggested we go have tea and sandwiches, which we did. We walked back on the road. The 2 km on the Greencastle side has no sidewalk, but there is a grassy verge and wide shoulder, so we could walk safely on the road. Once we got to the halfway point we were back in Moville territory, I guess. the sidewalk began and we reached the junction with the lane that leads down to the actual path. We agreed that we would not be venturing onto the Greencastle part of the path in future, but will stick with the Moville side, which is nicer.

We did just that today. 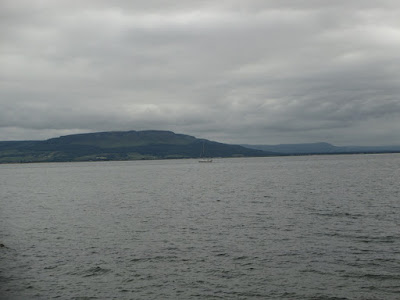 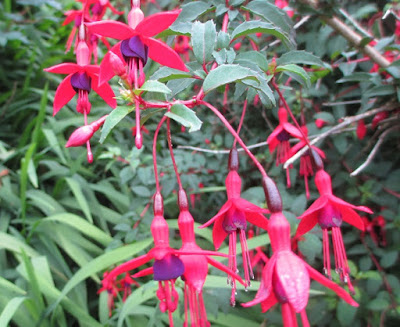 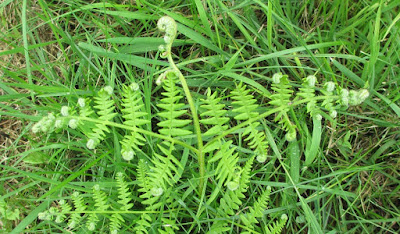 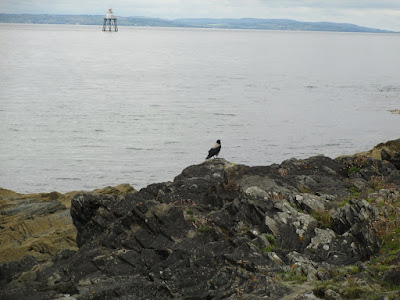 Yesterday made me appreciate the Moville green and shore walk even more than I did before. These are well-maintained, well-used, well-loved community resources. How wonderful that they are here!
Share
Posted by Shari Burke at 22.7.16