I love it that almost all rentals here come fully furnished, right down to kitchenware and utensils. Saves the hassle of having to wrap and pack that stuff when moving and it meant we could come here with very little and not have to buy stuff. This place even had sheets and towels in the closet--it used to be a holiday home, I think. I packed them away since we have our own. There was one small problem though. 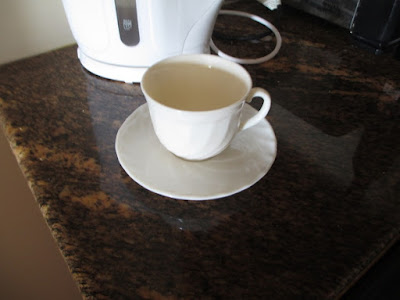 Happily, this was easily solved. 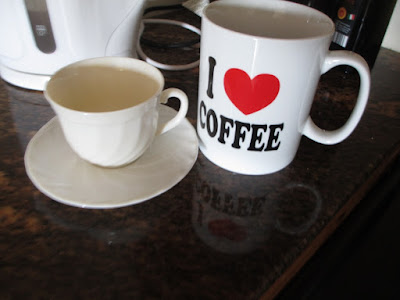 In both Ballinrobe and Killybegs I used the rack of the broiler pan as a cooling rack, since I never used it for anything else. I do not have one here so have had to improv. 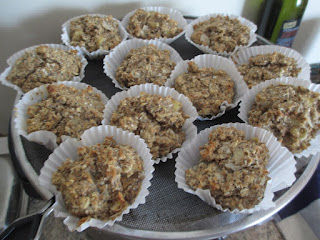 There was a splatter screen in the cupboard, so I stick it on top of my slow cooker so air can still circulate and use that. Works well.


It was census night here on Sunday. Interesting process--it is done every 5 years here and by law, the enumerator has to make face-to-face contact with someone from each household and hand them the form. The questions are answered on a particular night, in this case 24 April. There were questions about who was in the home on the night, who was not there but usually would be, and who was there but usually would not be! Even people in hotels were going to be asked to do this. They say that everyone has a legal obligation to fill out a form and there could be a fine of up to 44,000 euro for not filling it out. I am not sure how seriously people take this, since enumerators were having trouble getting into apartment buildings and even having people open the doors! One guy talked about how he would ring the bell and see people inside, but they ignored it. One woman walked up to the door and pulled down the shade over the window in the door. He waited outside one building for 40 minutes before he either gave up or got in--I forget.

The form itself was pretty clear though, and with just the two of us it did not take long to fill out. I was particularly pleased that they clarified question 13. Avoids any confusion for the men out there:-) 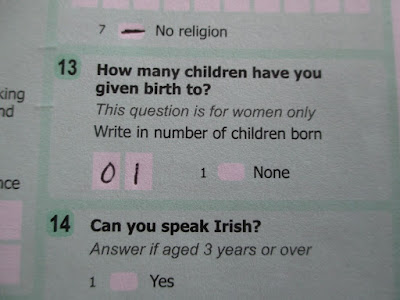