Tomorrow is Thursday in Ireland, but here at the Old Coast Guard Station (aka "The Commune") it will be Thanksgiving. We will all gather for a meal tomorrow and enjoy good food, conversation, and friendship. Last night I had two slow cookers (one mine and one borrowed) cooking squash. Tonight they will be in use for sweet potatoes. In the morning I will make the stuffing for the turkey a friend and neighbour special-ordered from Dave and Kath, the butchers downtown. Early in the afternoon I will make the mashed potatoes. We are working together, borrowing stuff, and using various refrigerators to keep the food. It takes a village :-) 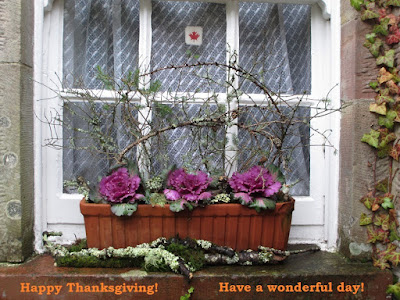 I used to make muffins a lot, but when we moved to Ireland I was not baking much. First of all I did not have the pans and we did not want to accumulate a lot of stuff, knowing as we did that we were likely to to move at some point after our lease was up. Secondly, the cost of baking supplies, such as what are known as "jumbo oats" here (as opposed to porridge oats which are small flakes and are everywhere) and wholemeal flour, both of which are staples in my baking, were priced such that it was simply cheaper to buy ready baked goods, which were readily available, reasonably priced, and of good quality. Finally, my oven was a small fan oven and it took a bit of getting used to so I was unsure how baked goods would come out. I remember having an oven once that was impossible to use for some things, which would be burnt on the outside and still gooey on the inside.

We've been here a year and a half now and things have changed. We've landed in our little cottage in Killybegs and I have no intention of leaving. I tell Bill that if anyone wants me out of here they can rent a crane to hoist me out, because I won't leave willingly :-) Our friend and neighbour, Tim, gave me muffin tins that belonged to his late wife, Mary. We have access to both an Aldi and a Lidl in Donegal Town, which means that I can get baking supplies, including jumbo oats and wholemeal flour at very low prices and I stock up. I still have a dinky fan oven, but I am getting used to it now and have started baking muffins once again. Turns out I've missed them quite a bit!

Today I made some orange banana walnut muffins. These are a variation on the Lynne's Muffin recipe that I first came across in The New Laurel's Kitchen Cookbook over 25 years ago--you can find it here. They are excellent as written, but I have varied them in many different ways over the years, depending on what I have around. 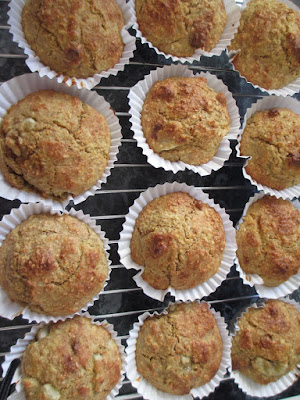 Here is this version:
Place 2 cups jumbo oats (rolled oats in the US--not quick cooking) and 1 1/2 cups orange juice in a container, place in fridge and refrigerate overnight for for 8 hours or more.

To the oat mixture, add:
2 Tablespoons maple syrup (could use brown sugar or regular sugar instead)
cinnamon or vanilla extract can be added, but these are optional
2 eggs
1 teaspoon each baking soda and salt
1 cup wholemeal (whole wheat in US) flour

Mix until blended and then fold in some chopped walnut pieces and chopped banana.

Spoon batter into greased or papered muffin tins and bake in a 180C fan oven (US 400F) for about 20 minutes or until golden brown. Cool on wire rack.

This makes a big batch of batter and the muffin tins here run small, so once I had 12 muffins baking and I still had batter left, I added some small dark chocolate chips, stirred them in and baked 6 more muffins :-) They are yummy! They are quite healthy and quite delicious, so great to have as part of a meal or as a snack. We often have one as dessert/nighttime snack.

We went to Aldi and Lidl yesterday afternoon and I got some baking cocoa. Next batch will be chocolate!
Share
Posted by Shari Burke at 20.11.15 4 comments

It has been a very strange year here, weatherwise. It seemed like summer arrived during the first week of April, hung around for a couple of weeks and then left again. That was just fine and dandy with me and I loved the cool, rainy, grey summer we did have. Then it started warming up a little and October was actually warmer, sunnier, and drier than usual. Now in November there are still warm temperatures and sunny blue skies. Weird.

I walked down into the lower garden this afternoon and it was autumnal and at the same time almost springlike, depending on where I looked. I was surrounded by brightly coloured fall leaves, flowers in bud and in bloom, new growth, and old growth, all with the sun shining overhead. 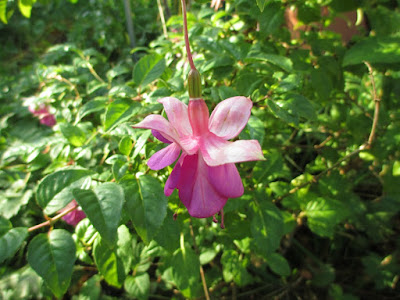 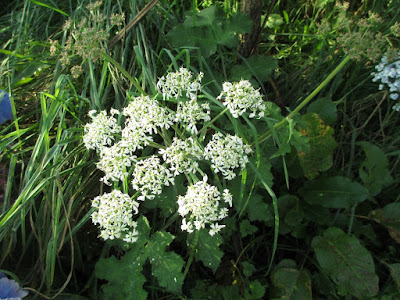 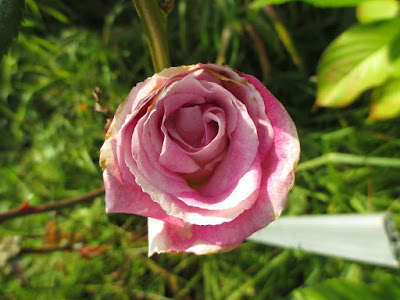 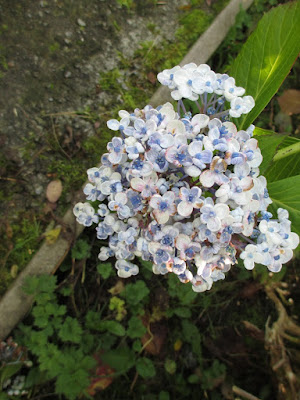 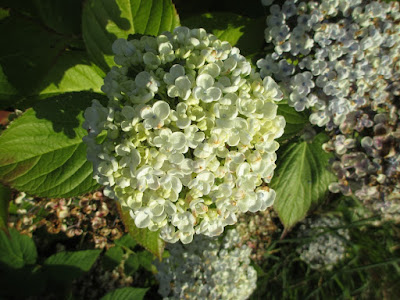 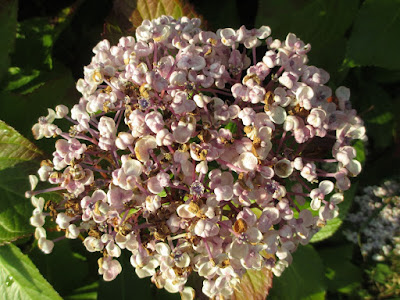 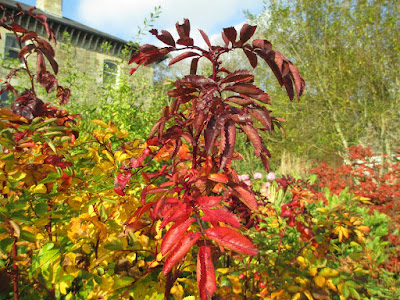 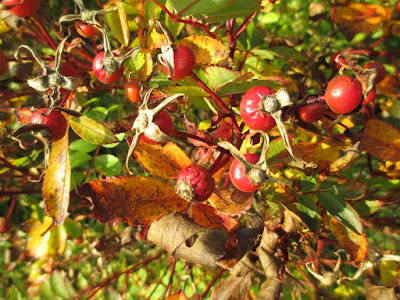