There is no denying it now--after months of walking outside, looking at each other and saying, "Feels like spring!" we find ourselves squarely in it!

I opened a bedroom window this morning and just shut it around 7 tonight. It's not even chilly in there.

We went out this afternoon and I walked out in just my shirt sleeves--no need for a jacket.

Our neighbor has had laundry on the line--load after load--for the past 24 hours.

We turned off the heat--probably for the season--the other day. I was wondering how our heating strategy would work and we discovered that it worked just fine. We heated one room and that was it. The heating system and the design of the apartment made that very doable.

We have electric storage heating. So we have these units in every room (see behind the chair against the wall): 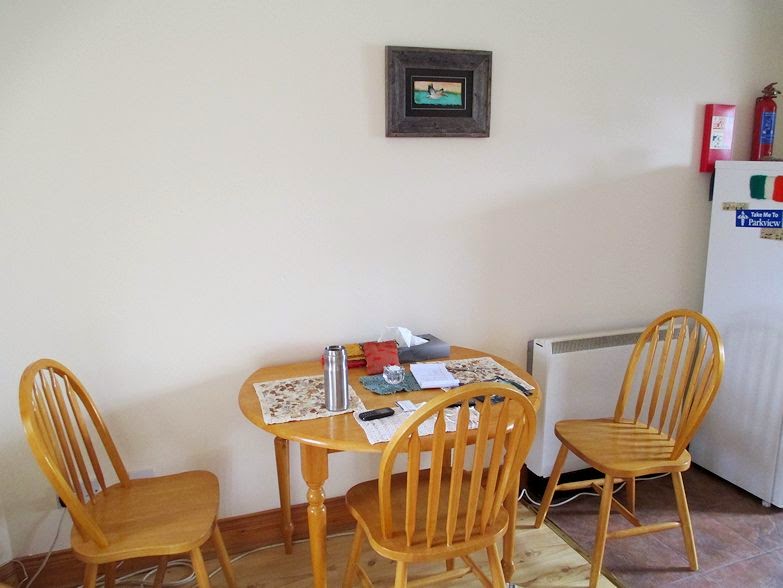 The picture above shows one of two that are in the kitchen/sitting room. There is also one in the hallway right by the door (?) and one in each bedroom. The bathroom has a wall heater that can be switched on and off at will. We actually did not turn on the one in the picture--seemed dumb to generate heat right by the fridge. We did turn on the other one in the room and we closed the door to keep the heat in this room. There are two dials on the heater with numbers 1-6. One is for input and one for output. We set both of these to 3, figuring we could adjust as needed. That was fine, though. So at 11, when off-peak electricity rates begin (it will revert to midnight when we change the clocks on the 29th), the heater turns itself on and generates heat (input) until 8 a.m (soon to be 9), which it then dissipates throughout the day (output) during peak hours. Had we needed extra heat during the day we could have switched on the separate heater attached to the bottom, which would have provided instant heat. We did not need to do this.

We do not like sleeping in stuffy bedrooms, so we did not turn on the heat in our room and there was no need to turn it on in the spare room. The sun comes in through the spare room window when it's out and it streams in for most of the day, so while I usually kept the door to the room closed, if it was sunny the room would warm up and I opened the door.

It doesn't get really cold here and the walls are very thick, so our strategy worked well. We've been told that electric heat is the most expensive, but because we didn't use much, we didn't pay much. I liked not having oil or propane fumes, too. It stayed between 58 and 62 in here, which is actually warmer than we kept things in Maine. If it was just me I probably would have turned it down or off more often, but Bill gets cold easily.

So now the heat is off and it'll probably stay off.

Bill reminded me that we sold our then 24-year-old truck a year ago yesterday, so we have been car-free for a year. I have not driven in over a decade because I knew we'd be coming here and not having a vehicle and I wanted to set up my life to walk as much as I could. I have never missed giving up my DL. I wish I'd done it sooner! 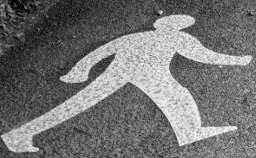 It's easy to live here without a vehicle since there are excellent public transport options--even in many small towns and villages!
Share
Posted by Shari Burke at 19.3.15