No, this is not one of those space photos of a distant planet that sometimes make their way around the web. It is actually a chocolate bread dough ball in motion--although the idea of planet chocolate is rather pleasant! 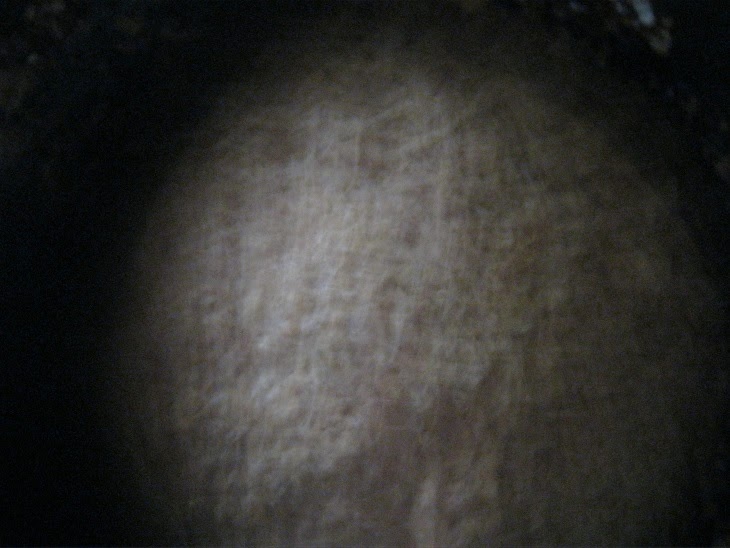 The other day I got out my bread machine--one of my finds in the local charity shop--and made a loaf of whole grain chocolate bread for us to have with breakfasts for a few days.

I tweaked my usual basic loaf, in which I use plain flour, wholemeal flour, and porridge oats (in US terminology, that's all-purpose flour, whole wheat flour, and quick cooking oats, though the textures are slightly different). To make it chocolate, I dumped in the rest of the drinking chocolate powder I had in the can (ingredients are just sugar, cocoa, and salt) and a sample of instant coffee that I'd gotten in the mail from Tesco. If I had nuts I'd have thrown some of those in, but I didn't have any.

After the first kneading cycle was done, I tossed in some bran flake crumbs. 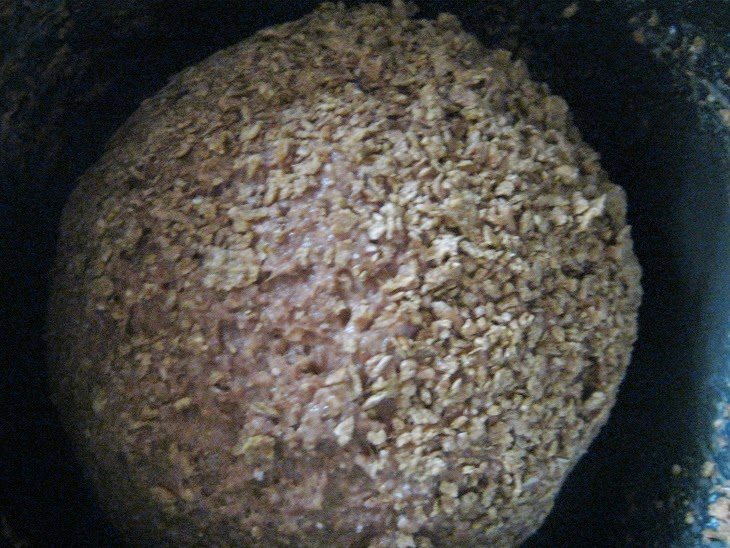 Bill doesn't like the end of the bag of cereal because it gets sludge-like in the milk. I crush the crumbs into smaller bits and then dump them into a container, to be used for various things, like chocolate or other sweet bread. Don't want to waste them! 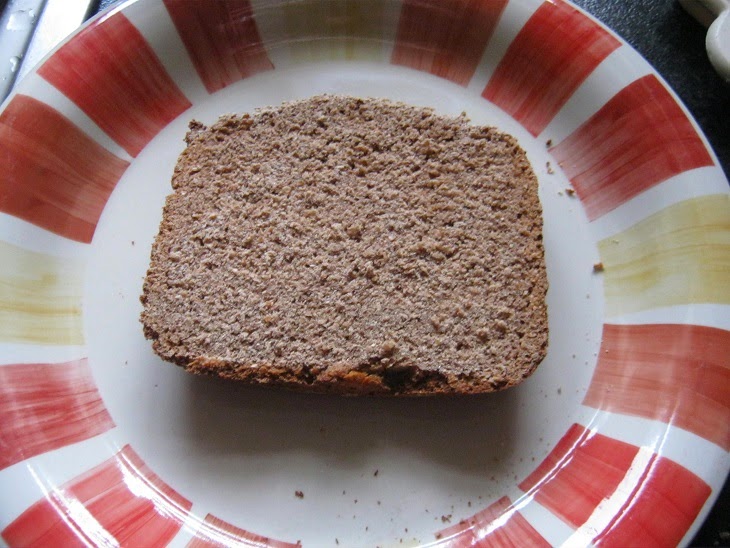 It was an experiment, and I was really pleased with how it came out--we enjoyed it. I am a fan of dense, whole grain breads and this is one I will make again--or at least some variation of it. Might add some coconut next time.

At the moment, I have some pizza bread in the machine--smells quite good!